Question. Dr. Villarruel, with regards to the changes in the system of education and political diversity for nurse educators, you have mentioned the need to expand the diversity within the body of nurse educators, and to make the changes necessary in the workforce policies of nursing. Could you comment on the strategies to be developed? And how to teach tolerance as a strategy of acceptance towards the cultural diversity in the system of health and of education?
Answer. Sustainable strategies for increasing the diversity of nurse educators and the workforce need to happen at the institution and policy level. In the US we have as a priority to increase the representation of underrepresented minorities. As a result, funding is made available from the federal government and other foundations to meet this goal. At the University of Pennyslvania, diversity and inclusion are priorities. We have a strategic plans to diversify our faculty and as Deans we are held accountable for achieving goals set forth. We have made some significant strides in increasing diversity with these strategies – but that is only the beginning. The issue of teaching tolerance and acceptance goes beyond the classroom – and is much harder to tackle. Certainly, creating safe spaces for all to explore and examine their prejudices, hold others accountable to equitable care and treatment of others, and helping to understand and be aware of different perspectives and lifestyles are all important. However, creating an environment in which respect for all is the norm is critical.

Q. Recently, you participated as member of the Executive Round Table organized by AL DÍA. Was it mentioned that Latino/a nurses represent only 4% of the 4 million of nurses registered? Was there a discussion on the factors that draw away Latinos/as from nursing? What would be the lesson to develop in this theme?
A. The issue is not so much the factors that draw Latinos away from nursing –but rather– what are issues that keep Latinos out of nursing. There are a few barriers to entry for Latinos in the nursing profession. One of the major issues, is that many Latino students attend schools in poor resource areas and do not have the skills upon graduating high school for them to be successful in college. In addition, many Latinos who are interested in nursing are not directed to study science and math, but they may be directed to a vocational or technical program. Another issue, is that there is a lack of visibility of Latino nurses in communities, leaving few role models that adolescents can follow. One of our faculty, Dr. Adrianna Perez, addressed this issue by educating Latina nurses to help community members enroll in health insurance plans. Latina nurses were viewed as leaders in the community because of their efforts – thus providing a needing service while seeing the important role nurses play in advocacy.

Q. Along the same line, in the meeting mentioned previously, there was a comment about the demographic projections of the United States as a population that ages, which translates into growth of the demand of qualified personal health, in an environment in which 40 percent of all growth labor in the next 10 years will be in the field of the health and a great percentage of that 40 percent will be in nursing. How does nursing prepare to respond to the needs of the health care in USA and Latin America, since it is a shared problem?
A. It is an interesting time for both the US and Latin America. Healthcare is increasingly being provided in the community instead of hospitals. With a growing and aging population, there aren’t enough providers to meet the demand, particularly because, as people are living longer, chronic conditions are becoming more prevalent, which can make their care more complex.
Since nurses are on the frontlines of healthcare day-to-day, they have the greatest and most frequent touchpoints with patients, and the most detailed knowledge of how patients are caring for themselves on their own. Especially within community settings, forming relationships with patients often affords the greatest health success-rates. It is crucially important that nurses are able to practice to the full scope of their education and training – only then can their impact and potential be completely realized. This is an area that I am particularly passionate about, and while we are seeing some policy-movement, there remains a lot of work to be done.

Q. Dr., you are known by your wide experience in research with regards to promotion and disparities of health. As such, could you talk about the strategies to be developed by nurses in the field of the research in the themes mentioned?
A. I am committed to developing and upholding a ‘culture of health’. Health must be borderless in terms of geography and demography – income, education, and ethnicity cannot remain influencers of good health for our population. Healthcare needs to be valued by communities and accessible within them, and individuals and families must have the ability and the resources to make informed, healthy choices. Finally, no one can be excluded. A ‘culture of health’ must be universal, and nurses will be key to making this happen. We are working on academic-practice models to help narrow the gaps in healthcare disparities and it is my hope that one day, in the not-too-distant future, the healthcare needs of all people including underserved populations in communities world-wide will be met in full.

Q. One of your topics of research focuses on the development of interventions to reduce sexual risk of HIV among Mexican and Latino youngsters. Could you explain the political implications of your line of research development in Latin America?
A. Latin America has health policies to support the development of interventions to promote sexual health behaviors as compared with the US. In the US for example, adolescents need parental permission in most instances to obtain health care and any form of birth control, In addition, many local school districts prohibit the distribution of condoms, or even the use of condoms for educational purposes. However, one important strategy that the US has used, has been mandating the use of evidence based interventions for sexual health promotion. Many of these programs have been developed by nurse researchers, and as a result have been used throughout the US. A similar strategy could be useful in Latin America.

Q. Dr Villarruel, your research on adolescent pregnancy prevention and decision-making for the HPV vaccine are well known. In this regard, is it known that these problems are present in Latin America and are related to personal behaviors? What aspects would you emphasize on the programs or educational interventions to reduce its magnitude?
A. My evidence-based intervention for Hispanic teens, ¡Cuídate! Promueve tu Salud, helps to promote abstinence and safer sex within the framework of Latino culture. Using interactive games, group discussion, role-playing, videos, music, and mini-lectures, it teaches users about HIV/AIDS, how to properly use condoms, and how to say ‘no’ to sex. Funded by the NIH, it has been found to be successful long-term, with participants reducing their number of sexual partners and their rate of unprotected sex, and having sex for the first time at an older age.
Building on this work, I’ve also developed and am testing a web-based intervention tool to increase communication about sexual risk between parents and their teenagers. Called Cuídalos (“Take care of them”), and also funded by NIH, the results of this study will inform the development of future parent-adolescent sexual risk reduction programs and the use of technology in interventions for underserved populations. As of early 2016, the NIH has invested more than $25 million in this research.
If we are able to influence adolescent’s sexual behavior and reduce risk, this can have both political and social consequences. The tools that I’ve developed help teens to make better decisions, encourage healthy negotiation skills, and promote adaptability. However, it is imperative to also consider the environmental and social determinants of sexual behavior, as these may be the major underlying contributors to positive behavioral health.

Q. You have developed an extensive production of articles, with some publications in journals, such as Nurs Outlook, Revista Latino-Americana de Engermagem, Journal of Medical Internet Research, Hispanic Health Care International, Am J Nurs, Western y Journal of Nursing Research for future generations. What would be the way to follow, for the achievement of these products that contribute to professional development and discipline?
A. As Dean of the University of Pennsylvania’s School of Nursing, you can stay current with my research by visiting our website, www.nursing.upenn.edu and you can follow me on Twitter, @PennNursingDean.

Q. It is known that you have received different awards and recognitions such as Edge Runner, American Academy of Nursing (2011); Trailblazers, National Black Nurses Association, 2006; Harold R. Johnson Diversidad Service, University of Michigan, 2003; recognition President's Award, Health Behavior Intervention Research, Friends of the National Institute of Nursing Research(2011). In fact, you are member elect, Institute of Medicine, 2007 and member of the American Academy of Nursing, 1997. In this regard, what would be the message for future generations?
A. There is really no better time to be a nurse. The impact that nurses have on research, policy, healthcare, and communities is growing more profound every day – any issue that touches human beings is an issue relevant to nursing. As a nurse, it is our responsibility to explore and act upon the limitless possibilities for improving health and healthcare on a global level. 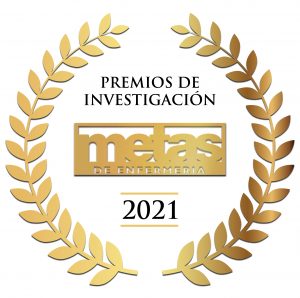 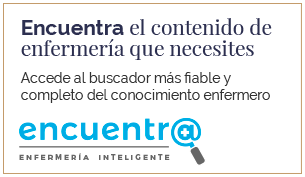